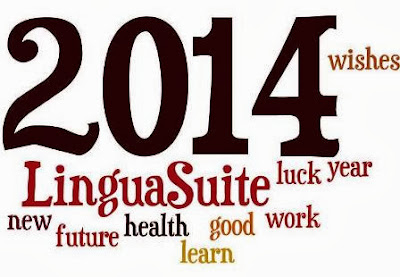 HAPPY NEW YEAR!
Today is New Year’s Eve and tomorrow is
New Year’s Day!!
Did you know that the New Year’s Eve ball on Time Square originated when New York City banned fireworks because they were too dangerous?
The owner of the New York Times newspaper ordered an illuminated seven-hundred-pound iron and wood ball to be lowered from the tower flagpole (77 feet, 23 meters) precisely at midnight to signal the end of 1907. 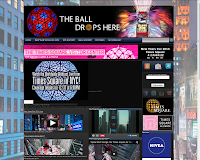 In 1914, The New York Times relocated to West 43rd Street but New Year’s Eve in Times Square was already a part of American’s tradition.
Today’s Time Square New Year’s Eve Ball was designed by Waterford Crystal. The ball weighs 11,875-pounds and is 12-feet in diameter. It is lowered starting at 11:59:00pm and reaching the bottom of its tower 60 seconds. Watch it live here: TIMES SQUARE
For many people, New Year’s is not complete without the song Auld Lang Syne, especially in Scotland, but also in the US and other countries. I’m sure you have heard this song many times! What do the words mean? Many of us have no idea! It is a very nostalgic song about old friends and old times.The song is actually a poem by Robert Burns set to music. Listen to it here: AULD LANG SYNE
You can see the words in English and Spanish on Wikipedia (where else?) here: LYRICS
A little vocab to bring in the new year!